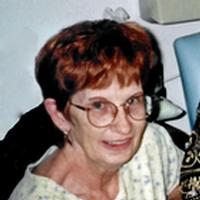 Arlene had worked as a CNA at Heritage Hall at Blacksburg, VA and retired from Wheatland Hills at Radford, VA. In addition to her parents she was preceded in death by a son, Mark Cantara. Survivors include her daughter, Susan Labadie-Vass of Peterstown, WV, brothers, Chuck Westgate and wife Dianne of California, Bill Westgate and wife Penny of Idaho and Jim Westgate and wife Judi of Pennsylvania, sister, Barbara Wagner and husband Richard of Virginia, grandchildren, Alexus Barr, Laikan Vass and CJ Cantara, several nieces and nephews.