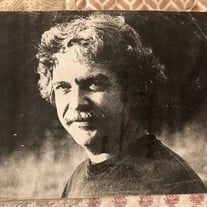 Randolph Louis Tribble, Jr., known to many as “Lou,” of Blacksburg, Virginia, passed away on Veteran’s Day, Thursday, November 11, 2021, at 74 years of age. A proud veteran himself, he was born into an Air Force family on October 26, 1947, in Berlin, Germany. After returning stateside, he grew up on the family farm on the North Fork of the Roanoke River, where he continued to live on Tribble Road until his death.

Special gratitude to longtime friend Rick Weaver for his care and assistance with transportation to medical appointments during Lou’s final year. Additional thanks to Dr. Dominique Dempah and his staff at Lewis-Gale Medical Center, Salem, for their care.

Lou graduated from Blacksburg High School. After serving in the Air Force at McClellan AFB, California, Lou returned to the New River Valley where he completed a degree at Virginia Tech in Industrial Arts. After starting his career in the Roanoke City Public Schools and then PATS in Giles County, he spent most of his teaching years at Pulaski County High School.

Lou was a kind and giving soul who cared about everything and everyone around him and was particularly concerned about the less fortunate members of society. He was an avid believer in the conservation of the earth and his own farm land. He believed in the protection of endangered species, especially polar bears and other creatures impacted by climate change. He was passionate about art, good literature, politics, fine cuisine, and classic vinyl music. Bob Dylan has lost one of his greatest fans.

The family will receive friends on Saturday, November 20, 2021, from 1:00 – 2:00 PM at the Roanoke Valley Presbyterian Church building, 1532 Catawba Road, Blacksburg, across from the Tribble family farm. If planning to attend, please wear a face mask, as requested by the congregation. Visitation will be followed by a service celebrating Lou’s life at 2:00 PM with Rev. Terry Blevins and Dr. Charles Taylor officiating. At the conclusion of the service, a procession will take Lou to his final resting place in Sunset Cemetery, Christiansburg, Virginia, with military honors.

How many times must a man look up
Before he can see the sky?
Yes, ‘n’ how many ears must one man have
Before he can hear people cry?
Yes, ‘n’ how many deaths will it take til he knows
That too many people have died?
The answer, my friend, is blowin’ in the wind,
The answer is blowin’ in the wind.
Blowin’ In the Wind – Bob Dylan