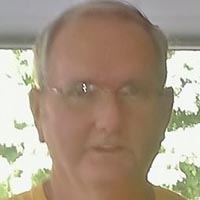 Charles Lee Toney, 66, of Dublin, passed away on Saturday, April 11, 2015. He was a United States Army veteran having served during the Vietnam War. He was an employee of the Radford Army Ammunitions Plant and a former coal miner.

He was preceded in death by his parents, Sebert and Lucille Toney; brothers, Sebert, Jr. and Dranan Toney; and sister, Lorene Burks.

Survivors include his wife of 44 years, Dinah Toney; daughter and son-in-law, April and Michael Craft; his very special grandson, Zachary Sims, all of Dublin; brothers and sisters-in-law, Thomas and Rosetta Toney of Peterstown, W.Va., Bartley and Florene Toney of Vallscreek, W.Va., Lester and Ann Toney of White Sulpher Springs, W.Va., Hank Toney of Tazewell, and Tedge and Sonia Toney of Eden, N.C.; sister and brother-in-law, Sarita and Gene Beavers of Seneca, S.C.; sisters-in-law, Sadie Toney of Witchita Falls, Texas, and Tammy Rogers of N.C.; and many nieces, nephews, cousins and friends.

Funeral Services will be held at 12:00 Noon on Tuesday, April 14, 2015 at the Mullins Funeral Home in Radford. Interment will follow in the Southwest Virginia Veterans Cemetery in Dublin with full Military Graveside Rites.

The family will receive friends prior to the service beginning at 11 a.m. at the funeral home.

The Toney family is in the care of Mullins Funeral Home & Crematory in Radford.