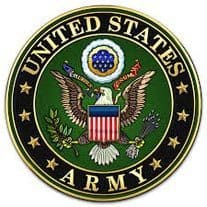 Elmer Wade Tolley (Pete), of Radford, Va., and a native of Bartley, W.Va., died peacefully on July 3, 2021, at Highland Ridge Rehabilitation Center in Dublin, Virginia, after a long battle with dementia. He was 81 years old.

Pete had an abiding love for the mountains. He was especially fond of fishing, birdwatching, and gardening, with his wife, Mitzie, at their home on Claytor Lake, and playing golf at The Pete Dye River Course of Virginia Tech, in Blacksburg, Va. Pete was an outstanding athlete at Big Creek High School, in War, West Virginia, where he excelled in football and baseball. He received a football scholarship to West Virginia University, where he was a starting lineman and linebacker for the Mountaineers in 1958, 1959, and 1960.

He was truly a patriot and devoted most of his life to military service, as an officer in the U.S. Army, and served two tours of duty in Vietnam, as a Green Beret with the U.S. Army Special Forces and the 101st Airborne Division. Major E.W. Tolley retired from the Armed Forces in 1985.

In lieu of flowers, the family asks that donations be made to your favorite charity or church.

The Tolley family is in the care of Mullins Funeral Home & Crematory in Radford, Virginia. www.mullinsfuneralhome.com