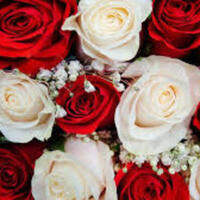 Tokie Tipton was born at the Trulinger Place in the Auburn District of Virginia on August 20, 1925 to Raymond Thomas Akers and Ollie Lillian Verna Phillips. She was preceded in death by her husband of 68 years, Clarence Olan Tipton, Sr. also of Radford, Virginia.

Before settling in Union Bridge, Maryland in the early sixties, Tokie Tipton along with her husband and four children lived in many towns in Virginia, North Carolina and Maryland. The family enjoyed the travels while their dad built the bridges that connected the country.

Mrs. Tipton spent years in the modeling and sales of fine perfumes and was trained by Charles of the Ritz and John Robert Powers cosmetic companies. She represented these companies at Woodward and Lothrop, Lord and Taylor, Strawbridge and Clothier, John Wanamakers, Julius Garfinkel’s and the Hecht Company.

Among her many interests was the farm she loved where for many years she gardened, raised angus cattle and always had a pleasure horse. Mrs. Tipton was one of the last granddaughters of the Hamilton Wade Chapter of the United Daughters of the Confederacy. As a Southern Baptist she instilled in her children the lifelong gift of faith and for which we are most grateful. Foremost in her mind were her children and her family.

A graveside service officiated by Reverend Roy Turpin was held for the family July 2, 2020 at the Sifford Cemetery in Parrott, Virginia where she was laid to rest.