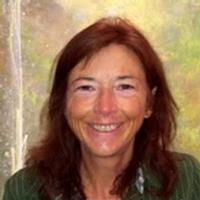 Mollie Hodge Thurston, born June 27, 1962 as Mollie Beatrice Hodge, died Tuesday, July 26 in Roanoke Memorial Hospital after ultimately losing her lifelong battle against severe depression. While she rallied for a little while, the damage to her body was too great to overcome.

Her family wants everyone to know that each of you in her life did everything you could have possibly done to help. We ask that you not blame yourselves or wonder what more you could have done because, simply put, there was nothing left to have been done.

Mollie was best known for her passion for teaching young children, and led many conferences for the High Scope Foundation at the height of her career. She taught for Roanoke City Public Schools, priding herself on working with students most at risk to suffer the greatest disadvantages due to socioeconomic and other adversity. Her classrooms were always bright, organized, and cheerful, and those children she worked with learned so much from her time with them.

Brilliant and hilarious, Mollie had the ability to light up any room or conversation with her simple, dead-pan humor. She may not have realized it, but she was a beautiful, creative soul, who made incredibly positive impacts in so many lives. She truly didn’t know how much everyone loved her.

Mollie left behind her daughter, Hollie Fuller, and granddaughter, Kieryn Fuller; her niece, who was very much like a second daughter, Chessie Billips, and Chessie’s family – husband Joshua Billips, and three children, Sirius, Nova, and Kerrigan; her beloved cousin, Sue Baldwin; compassionate and stalwart significant other, Thomas Bube; cherished friends, Catherine Rolling and Petrie Brown; and several other cousins, aunts, uncles, and friends nationwide who will sorely miss her. She meets her father, Elijah Allen Hodges, and Boston Terrier, Melon, on the Other Side.