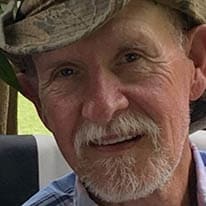 Rickey ‘Foxy” Dean Thorne, 66 of Narrows, VA went to be with the Lord on Friday, December 31, 2021, at Carilion Roanoke Memorial Hospital. Rickey was born on June 15, 1955, in Pearisburg, Va. and was a son of the late Frederick Ervin Thorn and Clara Belle Williams Thorn. Besides his parents, he was preceded in death by his wife, Deborah Ann Dakin, one granddaughter, Courtney Elizabeth Spicer, grandparents, Fred Thorne and Minnie Fleeman, Kale and Macie Williams and best friend, Billy Spicer.

Foxy attended the Mountain View Ministries Church in Narrows. He owned TNT Concrete Construction Company in Narrows. He loved the outside, bowhunting, fishing, four wheeling, riding his motorcycle and some of his best memories was spending time at Claytor Lake with his wife. Above all, his daughter and granddaughters were his whole world.

Funeral services will be conducted Tuesday, January 4, 2022, at 2pm at the Givens – Riffe Funeral Chapel in Narrows with the Rev. Dr. Jim Hagy officiating with burial following in Angels Rest Cemetery in Narrows. The family will receive friends Monday evening from 6 – 8 pm.