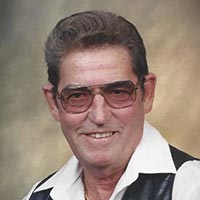 Aubrey Newton Thorne, 91 of Narrows, VA went to be with the Lord on Monday, November 18, 2019 at his home. Mr. Thorne was born on July 17, 1928 in Narrows and was a son of the late Clarence Thorne and Ethel Wilkerson Thorne.

Besides his parents, he was preceded in death by his wife of 68 years, Mildred Gray Spicer Thorne, three brothers and four sisters.

Mr. Thorne was a United States Army Veteran of the Korean Conflict and a retired employee of the Radford Arsonal. He loved being outside and taking care of his and the neighbor’s yards.

Graveside services will be held Wednesday, November 20, 2019 at 2pm at Fairview Cemetery in Narrows with Pastor Kevin Weaver officiating.