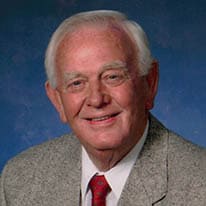 Zebbie Miller Thompson, 84, of Dublin, VA, passed away on March 20, 2022. He was a lifelong member of Dublin United Methodist Church and sang in the choir for many years. He also participated in many service projects including preparing Christmas baskets and the Backpack Program.

He was preceded in death by his parents, Zeb and Alma Thompson; his sister, Sue Thompson Hubble and brother-in-law, Alvin Wayne.

A graveside service will be held at Highland Memory Gardens in Dublin, VA, on Thursday, March 24, at 12:30 p.m. with the Reverend Don Shelor officiating. In lieu of flowers, donations may be made to the Backpack Program at Dublin United Methodist Church.