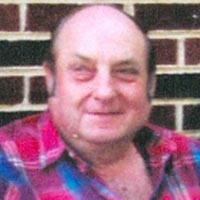 Shirley was raised in Floyd and attended Floyd County High School, graduating in 1956. After high school, Shirley attended Ferrum College where he studied business. Shirley moved to Calvert County in 1958 and has been a resident of Chesapeake Beach for the past twenty years. Shirley worked with his brother, Earl Thompson at Thompson Lumber Company located in Sunderland. He and Earl later became partners and operated the business together.

After his retirement from the lumber company, Shirley was a real estate developer and investor. He was a member of the Calvert Elk Lodge 2620, Calvert County Sportsman Club, and the Moose Lodge in St. Mary’s County. Shirley was an avid Washington Redskins fan, and also enjoyed NACSAR, playing cards and fishing.