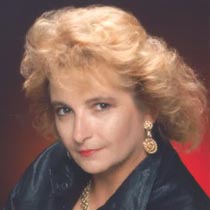 Sharon Lee Thompson, 59, of Dublin, VA died Sunday, June 5, 2016, at her home. She was born in Baltimore, MD on April 16, 1957 and was the daughter of the late Claude Thompson Edward Thompson and Yearie Perry Thompson.

She was also preceded in death by brothers and sisters. Ms. Thompson was an employee of Electroplate-Rite in Dublin, VA.

Ms. Thompson will be cremated. A memorial service will be held Thursday, June 9, 2016 at 7:00 PM from the Stevens Funeral Home Chapel.