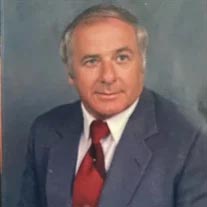 Roger Leon Thompson, 78. of Christiansburg, VA, went to be with the Lord on Saturday, June 4, 2022. Roger was a devoted husband, father and friend. He brought a smile to everyone he was around, and he never knew a stranger. His humor kept everyone guessing about what he would say or do next, but you knew it would be memorable.

Roger lived a full life one of honor and service. As a Marine, he served our country during the Cuban middle crisis and continued by working for Radford Army Ammunition plant for 40 years. As a husband and father, he doted on his wife and children, providing for their every need and making sure they knew what “home” means.

Roger provided a wonderful example of how a man should treat his wife and children! He loved his grandchildren and was involved in everything they pursued from sports to higher education. He was the typical brother, in on the mischief but there when you needed him. As a friend, Roger was there to provide the laughter but ready to offer a helping hand. Roger truly exemplified what it means to be a man.