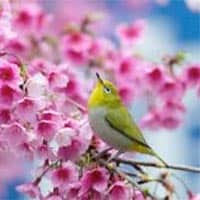 She was raised on Guinea Mountain in Giles County, Va. She met and married the late Clarence Clifford Thompson. Clarence and Nancy died on the very same day, just 16 years apart. She was also preceded in death by her dear sister, Dorothy Elizabeth Holt Meredith; and a brother who died after birth, J.B. Holt.

Special thanks from the family to a beloved niece, Carolyn Foutz and husband, Wiley, of Vinton, Va., for the long hours of loving care. Special mention being made of a beloved sister-in-law and ole side-kick, Evelyn Anne Thompson, of Eggleston, Va.

Funeral service will be held 11 a.m. on Saturday, May 15, 2010, at A. Vest & Sons Funeral Home, White Gate with the Rev. Eddie Kendall officiating. Burial will be held in the Mechanicsburg Cemetery. Visitation will be held on Friday, May 14, 2010, after 2 p.m. and the family will receive friends from 6 to 8 p.m.