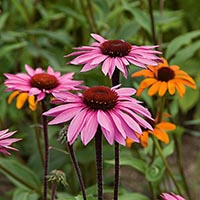 Lelia Frances Quesenberry Thompson went to be with the Lord on April 25, 2020. Lelia was born on April 14, 1929 in Radford, Virginia and was the daughter of the late Rev. Roy P. and Eula Quesenberry.

Lelia attended Radford city schools and was employed in the early 1960s at the Radford Army Ammunition Plant as a secretary. Lelia lived in Dublin, VA, New Orleans, LA and then moved to Tucker, GA in 1973. She was employed with Anheuser-Busch in Atlanta, GA as an executive secretary and retired with them after 25 years of employment.

Lelia was a member of Rehoboth Baptist Church in Tucker, GA, and was very active in church activities and in her church choir. She loved spending time with her 7 grandchildren and with her friends and family. Since 2018 she resided in Phoenix Assisted Living in Gainesville, GA.

Lelia is preceded in death by her parents, Rev. Roy Pierce and Eula Rupe Quesenberry, her brothers Lawrence and Glennard, her sisters Barbara and Dottie Q. Thompson, her first husband Gene Donald Thompson, and her son Michael Gene Thompson.

Due to the Covid virus, there will be no funeral services. Burial will be at the Pentecostal Holiness Campground in Dublin, VA.

The Thompson family is in the care of Mullins Funeral Home & Crematory in Radford, Virginia. www.mullinsfuneralhome.com