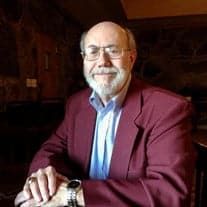 He was the first Commander of H Company with the Virginia Polytechnic Institute Class of ’63 Corps of Cadets, member of Gregory Guard (Pershing Rifles), Unit H., Omicron Delta Kappa Honorary, Delta Sigma Pi, and a proud Alumni. He was a Veteran of the U. S. Army. While stationed at Aberdeen Proving Ground, he was a member of the Back Mountain Enduro Riders Motorcycle Club. He retired as Technical Director at USARDAISA after 29 years of service.

Dave was an accomplished musician and guitar player beginning in the 1950’s, playing on “The Milt Grant Show” in Washington DC with Terry and the Pirates. Locally he played with Exit 42, Southern Spirit, New River Express, Larry Seay and Stagecoach, The Rake & Ramblin’ 4, and Wilson & Friends. When he wasn’t playing with the band you could find him cheering for the Hokies. He also served on the Virginia Tech Corps of Cadets Alumni Board and the Gold Corps Committee.

Dave was preceded in death by his parents, David and Thelma (Via) Thomas. He is survived by his wife JoAnn, his son David (April Whitehurst and sons, Thrasher, Koehler, and Xander) of Christiansburg, daughter Laura Thomas of Centralis WA, stepdaughters Hollie Spangler of Roanoke and Jennifer (Rob) Meador of Salem and his kitty Roomie.

A memorial service will be held on Sunday, February 27, 2022, at 2:00 p.m. in the McCoy Funeral Home Chapel with Rev. Don Makin officiating. The family will receive friends from 1-2 p.m. prior to the service at McCoy Funeral Home, Blacksburg.

In lieu of flowers, gifts in Dave’s memory can be made through the Virginia Tech Foundation to benefit his named scholarship in the Corps of Cadets. Please make checks payable to the Virginia Tech Foundation, in the memo line list the VTCCA Dave T. Thomas II ’63 and JoAnn S. Thomas Scholarship and mail to Attn: Sandi Bliss, 902 Prices Fork Road, Blacksburg, VA 24061.

Or online: www.givingto.vt.edu/corps please select other and in the comments section list the VTCCA Dave T. Thomas II ’63 and JoAnn S. Thomas Scholarship.
The family is grateful for the love and support from family, friends, and medical professionals.