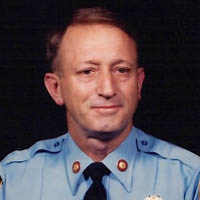 August Frank Teske, Jr., age 79, of Blacksburg died, Tuesday, September 1, 2015, at Lewis Gale Hospital Montgomery. He was born in East Lansing, MI on April 6, 1936 to the late August Frank, Sr. and Peggy Marie Macomber Teske. He was also preceded in death by a brother, Richard Teske.

He is survived by his wife of 57 years, Betty A. Teske; brother and sister-in-law, Charles and Debbie Teske of Salem; sons and daughters-in-law, Eric and Beverly Teske of Blacksburg, Shawn and Kristin Teske of Fayetteville, GA; grandchildren, Cara Carlson and husband, Noah, Kelli Teske, Jacob Teske; several nieces and nephews.