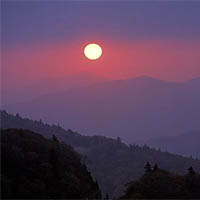 Born November 30, 1941 at Lindside, W.Va., he was the son of the late Lake and Martha Smith Terry. In addition to his parents, he was preceded in death by three brothers, Fred, Lee, and Thomas Terry, and one sister, Ilene Jensen.

Mr. Terry was a member of the Pearisburg Moose Lodge # 1338.

Funeral services will be held at 11 a.m. Monday, January 15, 2007 at the Broyles-Shrewsbury Funeral Home Chapel in Peterstown, W.Va. Burial will follow at the Bradley Cemetery, Lindside, W.Va. Friends may call from 6 until 8 p.m. on Sunday January 14, 2007 at the funeral home. Online guestbook can be signed or condolences sent to the Terry family at www.broyles-shrewsbury.com . Arrangements by Broyles Shrewsbury Funeral Home, Peterstown, W.Va.