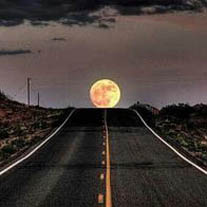 He was an avid Harley Davidson motorcycle rider all his life with many friends in Northern Virginia: Gordon, Harry, Wayne, Scott and Meat Ball. Friends may call after 12 noon on Thursday at the Horne Funeral Home where the family will receive friends from 6 to 8 p.m.

Funeral services will be conducted at 2 p.m., Friday, September 1, 2006 at the Horne Funeral Home Chapel with Chaplain Danny Walls officiating. Graveside services will follow in Sunset Cemetery where he will be buried next to his mother. The Teel Family is being served by Horne Funeral Service, Christiansburg, 382-2612. Online condolences may be sent by visiting www.hornefuneralservice.com.