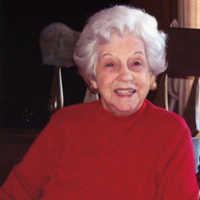 Frances Marie Morris Teel, 91, of Christiansburg, went home to be with her Lord on Sunday, March 18, 2018, at her home surrounded by family. She was born in Williamson, WV on October 4, 1926 to the late Frank and Hester Morris. Frances was preceded in death by her husband of 53 years, W. Ward Teel; daughter, Gayle Marie; three brothers, Frank Morris, Jr., Jack Morris and Harry Morris; and two sisters, Margaret Howery and Dorothy Epperly.

Visitation will be Thursday, March 22, 2018, from 1-3 p.m. at Horne Funeral Home. The Funeral Service will begin at 3 p.m. in the Chapel, with Tom Gilliam officiating. A private family interment will follow in Sunset Cemetery.