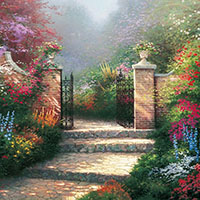 Betty Thompson Teel, 80, of Christiansburg, passed away on Saturday, September 29, 2012, at her home. She was born in Floyd Co. to the late Trigg & Lala Mitchell Thompson. She was also preceded in death by two brothers, Cederic Thompson and Glenn Thompson.

Betty was a lifelong member of the Christiansburg Church of Christ and worked as head teller at First National Bank in Riner for 18 ½ years. After retiring from First National Bank, she volunteered at Carilion New River Valley Hospital in Radford.

The family would like to say a special thank you to her sister-in-law, Peggy Sheppard (Roger) and their son, Jeff.