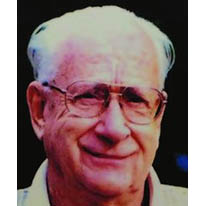 William Irving Taylor was born in Auckland, New Zealand, July 23, 1923. He was awarded the first PhD in Chemistry in New Zealand from the University of Auckland in 1948.

He then traveled to Switzerland to further hone his talent for natural product structure determination at the ETH in Zurich, where he met wife to be Giuliana Valsangiacomo. His studies took him then to Ottawa, Canada, and then Cambridge, England before he finally returned to Switzerland and married Giuliana on August 14, 1952. They then crossed the Atlantic so Bill could start as Associate Professor of Chemistry at the University of New Brunswick. There they celebrated the birth of his first child John-Stephen in 1954.

Bill joined CIBA in 1955 to eventually become Director of Biochemistry Research in Summit, New Jersey, where sons Frank (1957) and Mark (1960) were born. There he determined the structure of ibogaine, which is now being used to treat addiction and other disorders, among many other compounds. In 1968, he became Director of Chemical Synthesis and Development at International Flavors and Fragrances (IFF).

In 1978 he and Giuliana moved to London, England where he served as Vice President of Research and Development for IFF. Throughout his prolific career, he authored 138 publications, a book on indole alkaloids, and served as co-editor of a series of books.

He retired in 1987 to Radford, Virginia, to be with his son Frank and wife Ellen who were beginning to raise a family, and near his other son Mark who had settled in Covington, Va. Giuliana, by then his wife of 54 years, passed away January 14, 2007. The last two years of his life were spent with John-Stephen in St. Louis where he passed away peacefully on August 3, 2021.

An avid reader with a sharp mind to the end, Bill was most happy discussing chemistry, biology, physics, and mathematics with anyone and everyone. His passion instilled a love of science and nature in his children and grandchildren. His interest in science and nature inspired his three sons to pursue careers in science, teaching, and engineering, as have many of his grandchildren. He loved crossword and jigsaw puzzles, as well as solitaire, and could always be found around his house trimming bushes and mowing the lawn, getting books at the library, and running errands around town in his Jaguar!