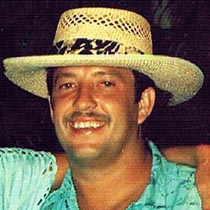 Clifton Wade “Buddy” Taylor, 55, of the Bear Springs area of Pearisburg, went to be with the Lord Saturday, September 10, 2016. Buddy was born on February 16, 1961, in Princeton, W.Va., and was a son of his loving parents, Ray Jackson Taylor and Marlene DeBoard Taylor.

He was preceded in death by his father-in-law, Donnie Raines; and brothers-in-law, Stacy Raines and Steve McMahan.

Buddy was married to the love of his life, Kelly Raines Taylor; and Daddy to sons, Cliff Taylor and his wife, Jessica, of Narrows, Shayne Taylor and Braeden Taylor of Pearisburg. He was so thrilled to be PawPaw to his grandchildren, Tristan and Haven. Buddy is also survived by his sisters, Carolyn Witt and her husband, Rick, of Pearisburg, Cathy Taylor of Newport, Tammy Kight and her husband, Mike, of Fishersville; numerous nieces, nephews and cousins.

A celebration of his life will be held 2 p.m. Monday, September 12, 2016, at the Givens Funeral Chapel in Pearisburg with the Rev. Gary Poff officiating. Burial will follow in the Roselawn Cemetery in Princeton, W.Va.

The family will receive friends at the Givens Funeral Chapel one hour before the service from 1 to 2 p.m. Online condolences can be sent to the family at givensfuneralhome.com.