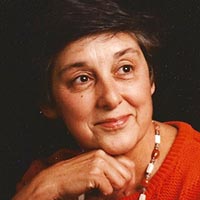 Janice Niday Tate, longtime resident of Richmond and Mechanicsville, passed away peacefully on Thursday, July 4, 2019 in her home at Covenant Woods. Born May 13, 1929 in Ripplemead, Giles County, Virginia, she was the daughter of William Harvey and Berta Anderson Niday. Mrs. Tate was preceded in death by her son, Charlie Prillaman; sister, Martha N. Carr, and brother, William H. Niday, Jr. She is survived by her husband, Robert L. “Bob” Tate; sisters, Carol N. Doty, of Medford, OR, Faith N. Briggs (Richard), of Ripplemead, VA; stepsons, R. Brian Tate, David W. Tate; stepdaughters, Mary J. Marsh (Kim), Lisa L. Harris (Donald); stepgrandchildren, Adam Tate, Drew Tate, Cameron Moore (Matthew), Maegan Sholes (Poncho). Also surviving are a special son-in-law, Mark Booker, and two special grandsons, Matt Warne and Gavin Booker. Mrs. Tate was a member of Enon United Methodist Church in Studley, VA where she was active in the United Methodist Women for many years. She was a retiree of the Hartford Insurance Co. where she had a notable record of achievement as a manager of their property underwriting unit in the Richmond Regional Office. Mrs. Tate was a graduate of National Business College in Roanoke. She was a woman of great talent, an excellent seamstress, accomplished gardener, woodworker, and never passed the opportunity to photograph wonderful pictures of nature. Mrs. Tate loved the outdoors and to travel. Camping and adventure were foremost in her love. Among her business achievements was her Chairmanship in 1979 of Virginia I Day, a statewide annual celebration of insurance education. Her award read “In Recognition of Outstanding Leadership”. She was President of the Insurance Women of Richmond 1973 – 1974 and earned the designation of Certified Professional Insurance Woman. Mrs. Tate was regarded as one of the pioneers in attaining leadership in property/casualty insurance management in Richmond. Bob and his family appreciate the quality of care given by the nurses in Healthcare in Manor East at Covenant Woods, as well as that from the staff of Hospice Care of Bon Secours Hospital. Particularly considerate was Vincent Achenbach who cared for Janice during her final days. Visitation will be held on Tuesday, July 9, at Woody Funeral Home, 9271 Shady Grove Rd., Mechanicsville, Va. 23116 from 2 to 4 and 6 to 8 p.m. Funeral services will be held at Enon United Methodist Church, 6156 Studley Rd., Mechanicsville, Va. 23116 at 11 a.m. on Wednesday, July 10. The family will also receive friends from 11 a.m to 12:30 p.m. on Friday, July 12 at Givens Funeral Home, 110 S. Woodrum St., Pearisburg, Va. 24134 followed by a graveside service at 1 p.m. in Birchlawn Burial Park, 177 Birchlawn Circle, Pearisburg, Va. 24134. In lieu of flowers, memorial contributions may be made to Enon UMC, P.O. Box 86, Studley, VA 23162 or Heart Havens, Inc., 812 Moorefield Park Dr., Suite 301, Richmond, VA 23236.