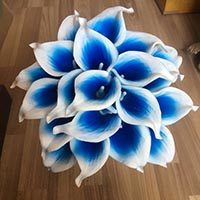 Mary Pauline Talley of Blacksburg, Va., passed away peacefully at home on February 14, 2016, at the age of 75. She was born in Chester County, Pa., to Brown A. and Nona Stuart Duvall.

Formerly of Newark, Del., Fenwick Island, Del., and Berlin, Md., Mary moved to Blacksburg in 2002 to be closer to her family.Mary was predeceased by her parents; two sisters, Virginia Dare Gamble and Jesse Lee Justus; one brother, Walter F. Duvall; and her husband of 42 years, Ronald D. Talley.

She is survived by her daughter, Tracey Talley Schroeder and her husband, Aaron, and three grandchildren, Connor, Christian, and Talley Jane of Blacksburg, Va.; her brother, Brown A. Duvall and wife, Peggy, of Landis, N.C.; brother-in-law, John Talley of Elkton, Md.; and sister-in-law, Suzanne Talley of Wilmington, Del.

A service of remembrance will be held 1 p.m. March 12, in the home of her daughter. In lieu of flowers, memorial donations may be made to Mary’s favorite charity, St. Jude’s Children’s Hospital.