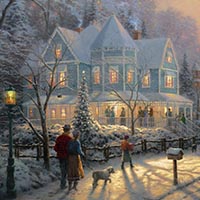 Margie Vencil Conley Tabor, 92, of Pearisburg, Va., passed away Monday, January 15, 2007 at Warm Hearth Village in Blacksburg were she made her home for the last five years.

Mrs. Tabor was born in Bland County on October 29, 1914 and was a daughter of the late Bryant and Nora Burton Conley. Besides her parents, she was preceded in death by her husband of 53 years, Meddie G. Tabor; two daughters, Freda T. Williams, Carolyn T. Shumate; two brothers, J.B. Conley, Curtis Conley; three sisters, Garrett Fadely, Lillian Isom, Eva Deal; and one grandchild, Ricky Humphreys. Mrs. Tabor was a lifelong and faithful member of the Mt. View Methodist Church on Guinea Mountain.

Funeral services will be conducted Thursday, January 18, 2007 at 11 a.m. at the Givens Funeral Chapel in Pearisburg with the Rev. Betty Roberts officiating with burial following in the Mt. View Cemetery, Guinea Mountain, Pearisburg, Va. The family will receive friends at the Givens Funeral Home, Wednesday evening from 6 to 8 p.m. Memorial donations can be made to the Mt. View Methodist Church Cemetery, c/o Dixie Albert, 2526 Guinea Mountain Rd., Pearisburg, Va. 24134. Online condolences can be sent to the family at givensfuneralhome.com.