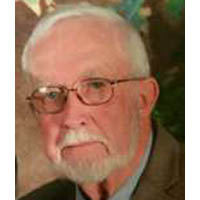 Chester Jefferson Tabor, 83, of Mountain Drive, Pearisburg, departed this life Saturday morning, December 1, 2018 at his home in the loving care of his family and hospice. Born in Giles County on February 11, 1935, he was a son of the late William Meadow and Emma Jane Rock Tabor.

Chester was retired from A P Green Lime Co at Kimballton where he served as mine foreman. He was a faithful member of Pembroke First United Methodist Church and Castle Rock Lodge No. AF&AM. Chester enjoyed his work at the mines and at home and especially his Walkers Creek Farm.

He was preceded in death by his parents, his brothers Clyde, George, Alfred and Jim Tabor and his sisters Gladys Hudson, Margaret Anderson, and Katherine Karlowski.

The family will receive friends at the funeral home one hour before the services. In lieu of flowers the family suggests that memorial contributions be made to Pembroke First United Methodist Church. Chester’s family is thankful for the help and support of hospice care. . Online condolences may be sent by visiting kendallfuneralhome.com.