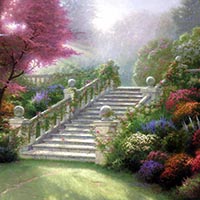 Born December 22, 1938 in the state of Washington, Shirley was a wonderful person who was loved by all she met, and she truly loved life. She lived life to the fullest, and loved her cat,

Boots like her child. She was a devoted wife, and the most wonderful mother, sister, grandmother, great-grandmother, and friend you could ever ask for. Shirley was predeceased by her husband, Jack, her parents, Ben and Helen Witkoski, a sister, Yvonne Braget, and a brother, Jerry Witkoski.

Left to cherish her memory are her daughters and son-in-law, Marla Melvin of Christiansburg and Susan and Arlie Hill of Radford; her grandchildren and spouses, Amy and Butch Cook of Fredericksburg, Shana and Brian Griffith of Christiansburg, Daniel Hill of Radford, Kayla Melvin of Radford, and Brandon Hill of Richmond; six and a half great-grandchildren, Madeline, Jack, Emma and Lilly Cook, Onyia and William Griffith, and an unborn great-grandson, Travis Mabe, who is due January 30; a special niece, Deborah Baum of Floyd; her brother and sisters, Bernard Witkoski of South Carolina, Cherie McKinnley of South Carolina, Marla Price of Washington State, and Judy Hendricks of Washington State. Along with many other family members who will miss her dearly, she is also survived by her longtime friends and sisters-in-law, Pauline Sweeney and Daphine Sowers.

Funeral services will be conducted 11 a.m. Saturday, January 19, 2008, at Gardner Funeral Home Chapel, with the Reverend Graham Mitchell officiating. Interment will follow at Jacksonville Cemetery. Friends may call at Gardner Funeral Home on Friday after 10 a.m., where the family will be from 6 to 8 p.m. The family expresses a special thank you to Avant� of Roanoke for all of the care and support given to Shirley during her stay there. Arrangements are being handled by Gardner Funeral Home, Floyd.