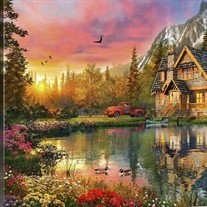 Pete Swain, 78, of Christiansburg, passed away on December 23, 2020. He was preceded in death by his mother, Lottie Swain; siblings, James Swain, Robert Swain, Virginia Mooney, Louise Wright; and his mother-in-law the next day after Pete passed, Bettie ‘MeMaw’ Maxey.

Pete was a professional over-the-road truck driver for over 50 years. After retiring he worked at Modern Automotive helping his son Chuck. Pete was known for being a straight shooter – he had no problem telling people the way things were. However, he had a very loving heart. He loved his family and friends fiercely and would help anyone that needed it. He will be greatly missed.

Memorial Services for Pete will be scheduled for a later date.