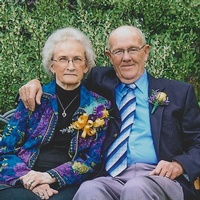 Marvin Blaine Sutphin was received into the arms of Jesus on Tuesday, March 10, 2015 at the age of 83. He was surrounded by his loved ones around his bed praying the Lord’s Prayer. He was preceded in death by his parents, Elmer and Lillian Sutphin of Illinois and his brother Bill Sutphin of California.

Marvin was a family man and loved his family. The entire Sutphin family would take a week vacation each summer to places across the states. One of our last was in the mountains of TN and GA; Cottage in the Sky! Each night we built a fire in the fireplace and we all gathered around as stories of the Sutphin traditions from “way back when” were shared and cherished by each person. Stories and jokes- some serious, some funny, some sentimental- they were all were told to pass down from generation to generation. Little did we know, it would be our last Sutphin vacation with our Patriarch. This particular year, even the Sutphins from Illinois joined us including Marvin’s brother Gary and his family! What a time we all had together cherishing each memory!

Marvin served in the Korean War as an Artillery Forward Observer with the 90th Field Artillery Battalion, attached to the 25th Infantry Division. His Division was one of the first to arrive in Korea when hostilities broke out in July 1950. His unit saw heavy action in the Pusan Perimeter being outgunned and outmanned. His position was overrun and Marvin was wounded in action on August 12, 1950. His bravery and sacrifice to his country was awarded with the Purple Heart.

Included is a host of nieces and nephews that he cherished and made a point to keep in touch with them and visit with them as often as possible.

In lieu of flowers, please consider a scholarship donation for the recreational sports children play at Radford Parks and Recreation, 200 George St., Radford, VA 24141, in memory of Marvin Sutphin. This would make Marvin give a nice long “YEAH!”

A celebration of Marvin’s life will be held at 11 am, Friday, March 13th, 2015 at the Mullins Funeral Home in Radford with Rev. Dr. Ricky Dickens, Rev. Don Shelor and Kirk Sutphin officiating. Interment will follow in West View Cemetery where members of VFW Post #776 will conduct military graveside rites.

The family will receive friends from 5 pm until 8 pm Thursday evening at the funeral home.

The Sutphin family is in the care of Mullins Funeral Home & Crematory in Radford, Virginia. www.mullinsfuneralhome.com