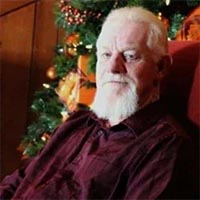 Larry E. Sutphin, 61, of Christiansburg, Virginia, was called home by his Heavenly Father on Thursday, October 22, 2020. He was preceded in death by his parents, Lawrence and Arlie Sutphin (Lancaster).

Larry loved his dogs Gracie and Bandit and his cats. He was a lover of Virginia Tech Hokies. Larry loved to take long rides on back country roads often visiting their homeplace on Chrisman Mill Road, spending time with his grandson Colton, spending time with his siblings while reminiscing about the old days. Larry was a jack of all trades and spent much of days completing projects for others.

Funeral arrangements held by Horne Funeral Home with funeral service and visitation being held at Walton Pentecostal Holiness Church, where Larry and Rhonda attend church (4003 Morning Glory Drive Radford, VA 24141). Officiating will be Pastors Lee Sarver and Charles DiRico. Visitation will be held on Tuesday, October 27, 2020 from 11:00am-1:00pm with the funeral service at 1:00pm. The family is requesting everyone who attends wear a face covering.

In lieu of flowers, the family requests donations be made to Walton Pentecostal Holiness Church and that you take a ride on a back country road.