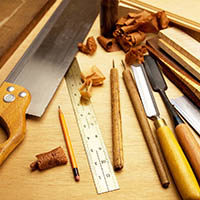 Jimmie Alan Sutphin, of DeWitt, passed away December 22, 2011. He was born April 14, 1952, in Pulaski, the son of the late Elmer Earl Sutphin and Pearl Downs Sutphin. His brother Edward Earl Sutphin also preceded him in death.

He was a member of the First Presbyterian Church of Pulaski. He graduated Pulaski High School and Wytheville Community College with a degree in Structural Drafting, and was a member of the Pulaski High School Oriole Band. He worked for several companies, designing one of the spacecraft launch towers for NASA, the parking garage at Lewis-Gale Hospital, several of the newer Va. State prisons, and the New River Regional Jail.

Mr. Sutphin will be cremated. Memorial services will be held 11 a.m. Monday, January 2, 2012, at the Stevens Funeral Chapel, Pulaski, with the Rev. Kathryn Hull officiating. Visiting will be from the funeral home where the family will receive friends from 10 a.m. until service hour.