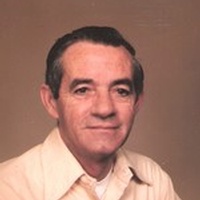 He was retired from the Radford Army Ammunition Plant with over 21 years of service. He was a veteran of the United States Army.

Entombment will follow at the Highland Memory Gardens Mausoleum, Dublin.
The family will receive friends from 5:00-7:00 P.M. Monday evening at the Bower Funeral Chapel, Pulaski.
Bower Funeral Home, Pulaski is handling the arrangements for the family.