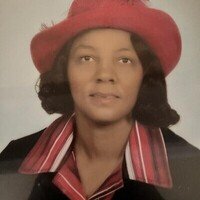 Estella, as she was called, was born on April 9, 1936 and departed this life on May 19,2022 at the age of 86. She was the daughter of the late Lawrence and Clara Freeman. A lifetime resident of Giles County, both in Eggleston and Pembroke, Virginia.

She was a longtime supporter of community outreach. She made herself available to help and assist anyone in need. Finally, Estella was a person of few words, but her impact was long-lasting.

Estella, wife, sister, mom, grandma, aunt, and friend will be greatly missed. The family would like to thank you for your condolences and support.

In lieu of flowers, memorial contributions may be sent to Goodwill Church of God in Christ ( 261 Riverview Lane Eggleston, VA 24086).

A guestbook is available by visiting www.kendallfuneralhome.com. The staff of Kendall Funeral Home are honored to serve the Summers family.