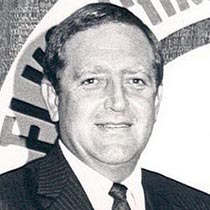 “I have had a wonderful life and dearly love my family and friends. Life has been great!” Submitted with love, Gene Stuart

Visitation will be from 5 to 8 p.m. on Wednesday, June 29, 2016 at Stevens Funeral Home (815 Randolph Ave, Pulaski, Va. 24301). The memorial service will be at 11 a.m. on Thursday, June 30, 2016 held at Stevens Funeral Home. Immediately following the service, the interment will be held at Oakwood Cemetery in Pulaski. Following the interment, a celebration of Gene’s life will be held at Thorn Spring Golf Club.

Donations in honor of Gene can be made to: Dublin Presbyterian Church, 409 Church Street, Dublin, Va. 24084. Arrangements by Stevens Funeral Home, Pulaski.