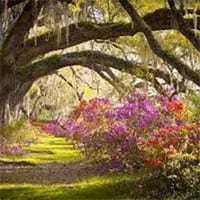 She attended public school in Washington County, VA and continued her education at Hiwassee College, Radford University, VPI & SU and the University of Virginia.

She taught in Giles County Public Schools for six years and was a member of the faculty at Virginia Tech in the Family and Child Development program from 1959 until retirement in 1989. She served as a co-leader of the study abroad program in Finland sponsored by the College of Human Resources at VT in the 1970s. During her tenure at Virginia Tech, Shirley received the Wine Award for Excellence in Teaching as well as the Award for Excellence in Undergraduate Advising.

Shirley was a life-long member of the Methodist Church. She was preceded in death by her parents; by her first husband, Robert H. Farrier, in 1986, and by her second husband, Warren H. Strother, in 2006; her sister and brother-in-law, Jane C. and William G. Buckley; her brother , John F. Copenhaver, Jr.; son-in-law, Heikki Helve.

The family expresses their deep gratitude to the staff of the Showalter Center and Carilion Clinic Hospice.