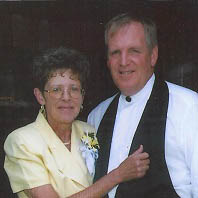 Margaret Mary Williams Strong, 75 of Pearisburg, VA, went to be with the Lord on September 7, 2020 at her home. Margaret was born on October 19, 1944 in Stafford Springs, CT and was a daughter of the late William Joseph Williams and Mary Elizabeth Natale Williams. Besides her parents, she was preceded in death by a sister, Natalie W. Sheridan.

In lieu of flowers, Margaret would wish donations to be made to the Giles County Animal Shelter.

A Funeral Mass will be conducted at the Holy Family Catholic Church in Pearisburg on September 11, 2020 at 2pm with Father Anthony Senyah officiating.