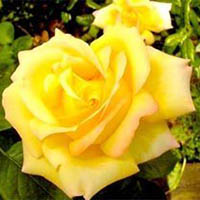 Sarah Eaton Strole, 69, of Greensboro, N.C. and formerly of Pearisburg, Va., passed away Thursday, January 25, 2007, at Beacon Place (Hospice), in Greensboro, N.C. Funeral services will be conducted Sunday, January 28, 2007, at the Angels Rest Baptist Fellowship Church in Pearisburg at 2 p.m. with the Rev. Gary Poff and the Rev. Terry F. Martin officiating, with entombment following in the Birchlawn Abbey in Pearisburg. In lieu of flowers, donations may be made to the American Cancer Society or to a hospice of your choice. Online funeral condolences can be sent to givensfuneralhome.com.