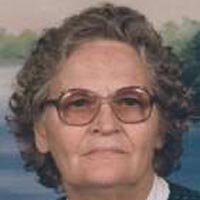 Emma Sue Wysong Stowers, 90, of the Spruce Run Community at Newport died Friday June 20, 2008 at Springtree Health and Rehabilitation Center in Roanoke. Born on March 1, 1918 she was a daughter of the late Efford Oran and Mary Thompson Wysong.

With her late husband, William Arthur Stowers, she raised her family and made their home less than a mile from where she was born. She was a devout Christian and attended services at a lot of the local churches and revivals. She was preceded in death by two sons William Ralph Stowers and Wendell Arthur Stowers and a brother Robert P. Wysong.

Funeral services will be conducted Monday at 11:00 AM in the Kendall Funeral Home at 605 Snidow St. in Pembroke with burial following in Newport Cemetery at Newport. The family will receive friends at the funeral home Sunday afternoon from 2 to 4 PM and Sunday evening from 6 to 8 PM.