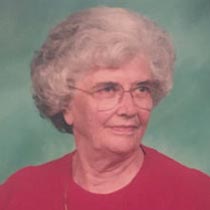 She was also preceded in death by her husband, Charles H. Stoots Sr.; and by a granddaughter, Donna M. Byrd.

Funeral services will be 2 p.m. Saturday, March 5, 2016, from the Stevens Funeral Home Chapel with the Rev. George Freeman officiating. Burial will follow in Oakwood Cemetery. Visiting will be at 6 to 8 p.m. Friday, March 4, 2016, at the funeral home.