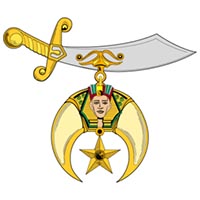 A memorial service will be held Friday, December 29, 2006 at 5:00pm at the First United Methodist Church in Pearisburg the Rev Ronnie Mutter and Dr. Fred L. Austin officiating.  In lieu of flowers, memorial donations can be made to the Shriner’s Crippled Childrens Hospital , Greenville , SC Unit or to the First United Methodist Church Needy Fund, 1110 Valleyview Dr. , Pearisburg , VA 24134 .