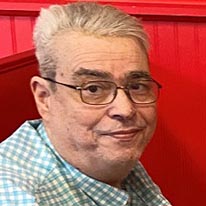 John Paul Stone, III, 61 of Blacksburg, VA, formerly of Pearisburg, went to be with the Lord on Saturday, May 21, 2022, at Carilion Roanoke Memorial Hospital. John was born on March 6, 1961, in Pearisburg and was a son of the late John Paul Stone, Jr. and Patricia (Pat) Ellen Ratcliffe Stone.

John was a 1979 graduate of Giles High School, he received a Bachelor of Philosophy and Religion Degree at Berea Collage in Kentucky, a Bachelor’s Degree in IT from Roanoke College and continued his education working on his Master’s and Doctor’s degree in IT. John had an early interest in the Sciences from watching Star Trek at an early age and then watching Star Wars. He loved reading and gathering with family and friends sharing meals together.

Memorial services will be held at a later date. Online condolences can be sent to the family at givensfuneralhome.com.