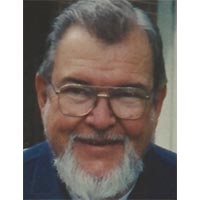 Emerson Joseph (Joe) Stilwell, 79, of Blacksburg, formerly of North Muskegon, Mich., died Tuesday, December 9, 2014. He was born April 28, 1935, in Grand Blanc, Mich., to the late Emerson M. and Rhea L. Stilwell. He was preceded in death by his sister, Joyce Young.

Joe graduated from Grand Blanc High School in 1954 and served in the United States Navy from 1955-56. He earned a BS in packaging from Michigan State University in 1961, from which he received distinguished alumnus awards in 1978 and 1991.

He held management and consulting positions with Abbot Laboratories, Battelle, Westinghouse, and Arthur D. Little. He holds several patents and authored a book on environmentally responsible packaging. Among many recreational pursuits, he enjoyed hunting, fishing, and coaching youth football. He retired to western Michigan where he enjoyed fishing, especially fly fishing on the Manistee River. He recently moved to Blacksburg, to be closer to family and grandchildren.

He is survived by his wife of 56 years, Lina M. Stilwell; son and daughter-in-law, Dan and Amy Stilwell, of Blacksburg; grandchildren, Ellie, Nick, and David Stilwell; all of Blacksburg.