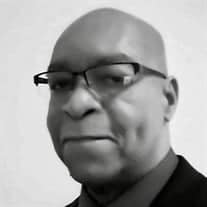 Russell Eric Stewart, Sr., 63, passed away on February 10, 2022, at his home in Blacksburg, VA. Mr. Stewart was born on June 15th, 1958, in Newark, New Jersey to Russell Hale Stewart and Lucretia Malita Stewart.

Russell was known to many by Eric and his keen sense of humor. He enjoyed watching football and sporting his Raiders gear.

Russell was preceded in death by Russell Hale Stewart and Lucretia Malita Stewart.

The family of the late Russell Eric Stewart Sr. acknowledges with sincere appreciation the comforting messages, floral tributes, and other expressions of kindness during this time of bereavement.