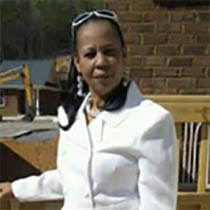 Shelly Denise Stewart, 54, of Christiansburg, passed away on September 4, 2016. She was preceded in death by her parents, Elliott ‘Jake’ and Betty Ann Stewart.

The family will receive friends on Tuesday, September 13, 2016, from 1-2 pm. at Schaeffer Memorial Baptist Church, and the Funeral Service will be held at 2 p.m. with Elder Larry Carter officiating. Interment will follow in Stewart Cemetery, Floyd.