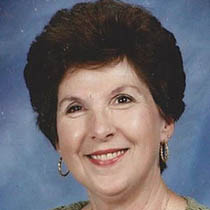 She was a member of Fairlawn Presbyterian Church and retired from Suntrust Bank after many years of service.

The family will receive friends from 11 a.m. until 1 p.m. on Monday, January 9, 2017 at Mullins Funeral Home in Radford. Funeral services will begin at1 p.m. with te Rev. Allison Unroe officiating. Interment will follow in Sunrise Burial Park in Radford. Flowers will be accepted or donations may be sent to Fairlawn Presbyterian Church. The Stewart family is in the care of Mullins Funeral Home & Crematory in Radford. www.mullinsfuneralhome.com