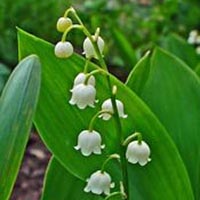 Helen Carper Stewart, 80, of Shawsville, went to be in the arms of the Lord on Thursday, September 7, 2006. She was the daughter of the late Frank P. and Edna Carper. She is predeceased by her husband, Ralph Waldo Stewart and her brother, Frank Carper.

She is survived by her son and daughter-in-law, Wayne and Mary Stewart of Salem; her daughter and son-in-law, Margaret and Ken Lively of Dublin; three sisters, Elizabeth Beard and Margaret Beard of Roanoke, Mae and brother-in-law, Kenneth Edwards of Richmond, Va.; four grandchildren, Scott Stewart and wife, Joe, Lisa Bailey and husband, William, April Lively, Chris Lively; two great-grandchildren, Ashley and Faith Bailey, and her faithful cat “Blackie” and a host of other relative and friends.

She was a faithful member of Seneca Baptist Church. Mrs. Stewart lived life to the fullest.

A special “Thanks” to Dr. Payne, Dr. Cramer and Dr. Shmusz and all of the 4th floor staff and nurses at Montgomery Regional Hospital ICU.

Funeral services will be held at Seneca Baptist Church at 2 p.m. on Monday, September 11, 2006. The family will receive friends on Sunday, September 10, 2006 from 6 to 7 p.m. at Valley Funeral Service Chapel and one hour prior to the funeral service on Monday. The Rev. Virgil McHonc will officiate. The interment will follow in Sherwood Memorial Park. In lieu of flowers make donations to Seneca Baptist Church Building Fund. Arrangements by Valley Funeral Service, 1609 Peters Creek Rd., Roanoke, 540 562-1182.