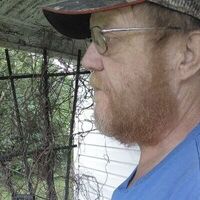 Robert Eugene Stephens, age 51 of Dublin passed away Tuesday, January 18, 2022 at the Lewis-Gale Hospital, Pulaski. Born October 3, 1970 in Radford he was the son of Mary Sadler Stephens and the late Robert Daniel “Ross” Stephens. He was also preceded in death by his maternal grandparents, Walter L & Sylvia Sadler and his paternal grandparents, “Frank” & Ruby Stephens.

Robert was a veteran of the United States Air Force and a founding member of the American Legion Post # 58 – Dublin. He studied at the Community College of the Air Force for missile combat.

A truck driver by trade, he also attended the Mendenhall School of Auctioneers, then owned and operated the Robert Stephens and Sons Auctions in Austinville.

Robert was a graduate of Pulaski County High School Class of 1988.

Memorial services will be held 11:00 AM – Friday, January 21, 2022 at the Bower Funeral Home-Chapel, Pulaski with Pastor Winfred Keene officiating.

The family will receive friends one hour before service time Friday at the Funeral Home. To sign Robert’s online guestbook, visit www.bowerfuneralhome.com – Bower Funeral Homes, Pulaski is handling the arrangements for the family.