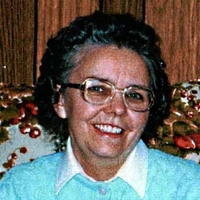 Rhoda Ellen Sadler Stephens, 91, passed away at the home of her daughter and son-in-law, Judy & Edwin Hutchison, in Ripplemead, VA, on Friday, November 1, 2019. She was born September 11, 1928 at Poplar Hill, VA, the daughter of the late Bittle K.,Sr. & Lula Mae Harris Sadler.

Rhoda grew up in the White Gate/Poplar Hill area, part of a large family who faithfully attended Shady Grove United Methodist Church. She married Clyde Stephens in 1946 shortly after his discharge from the United States Army after WWII. They lived in the Green Valley area of Eggleston, VA, where she was a homemaker lovingly caring for her family. She also enjoyed reading, sewing, vegetable gardening, growing beautiful flowers and spending time with her canine companions. The family attended Pembroke Lutheran Memorial Church and Rhoda later attended Redeemer Lutheran Church in Pearisburg. She greatly enjoyed calls and visits from her family and Rhoda also cherished her church family very much.

Funeral services will be held Tuesday, November 5, 2019 at 1:00 P.M. at A. Vest & Sons Funeral Home Chapel, White Gate, with Pastor Buddy Beaver officiating. Burial will follow in Birchlawn Burial Park. The family will receive friends at the funeral home from 12:00 P.M. until service time, 1:00 P.M.