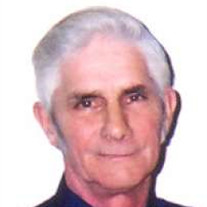 He was a retired employee of Virginia Department of Transportation, Salem Office. He was preceded in death by his father, Robert Starkey and a son, Rodney Keith Starkey. He is survived by his mother, Ruby Dunn Starkey, Elliston; his wife, Debra Ann Starkey; four daughters, Bethany Starkey, Christina Lucas, both of Christiansburg, Rebecca Weddle, Angela Shrader, both of Elliston; a son, Kevin Starkey, Christiansburg; one sister; two brothers; seven grandsons and three granddaughters.

The family will receive friends from 5 until 7 p.m. Wednesday, September 6, 2006 at the Horne Funeral Home. Funeral services will be 2 p.m. Thursday, Sept. 7, 2006 at the graveside in Piedmont Cemetery conducted by Rev. Virgil N. McHone.

The Starkey family is being served by Horne Funeral Service, Christiansburg, VA (382-2612) Online condolences may be sent by visiting www.hornefuneralservice.com.