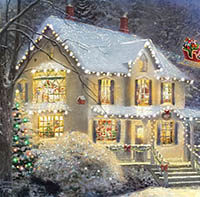 Leona Lamie Stanley of Narrows passed away Tuesday, December 16th, 2014, after 92 years of leading a healthy, happy life. Leona led a full life, surrounded by a large family since she was born on December 23rd, 1921. Growing up in McDowell County, West Virginia, she was one of sixteen children.

Leona’s loving and giving nature did not just stop with her own family. She also worked as a certified nursing assistant at Riverview Nursing Home in Rich Creek, Virginia. Leona cared after patients for 17 years. She also served as a private duty nurse, and watched over her own clients with the same unwavering care.

She is survived by her four children, Jim Stanley and wife Deb of Lorain, Ohio, Thomas Eugene Stanley and wife Regina of Pembroke, Virginia, Debra Flinchum and husband Randy of Abingdon, Virginia, and Rodney Stanley of Narrows; a brother, John Lamie of Jewel Ridge, Virginia; several nieces, nephews, cousins, and many special friends.

If you wish to join in remembering Leona, the family will receive friends at Riffe’s Funeral Service in Narrows Friday, December 19th, 2014 from 12 noon until 2 PM. Following the visitation, a graveside service will be conducted at Grandview Memory Gardens in Bluefield, Virginia with Pastor Tony Robertson officiating.